Come watch screenings of more than a dozen silent films including Mary Pickford’s Little Annie Rooney, The Mark of Zorro starring Douglas Fairbanks, and classic silent horror films The Cabinet of Dr. Caligari and The Golem.

Enjoy a pop-up exhibit and explore rarely-seen props, costumes, and other memorabilia donated by the superstar couple to the Natural History Museum. Visit family-friendly activities in William S. Hart Park and Museum throughout the festival weekend, and enter the Santa Clarita Valley Historical Society’s train station which will be converted into “Slapstick Junction,” for screening short silent film comic gems for audiences of all ages.

Attend film screenings at nearby Newhall locations, along with a special screening of Singin’ in the Rain, and so much more!

Two special kick-off events are scheduled for Friday, February 14th and include “Bustour” Keaton, a bus tour of various Hollywood film locations, and Valentine’s Day dinner with a screening of Douglas Fairbanks’ Technicolor feature, The Black Pirate. More information on these events can be found below.

11 pm: Silent Screams Late-night screenings of the horror masterpieces, The Cabinet of Dr. Caligari and The Golem (The MAIN)

10 am - 5 pm: Pickford & Fairbanks Pop-Up Exhibit Costumes, props and other memorabilia from Pickford and Fairbanks films will be on display (Hart Hall)

10 am - 5 pm: Pickford & Fairbanks Pop-Up Exhibit Costumes, props and other memorabilia from Pickford and Fairbanks films will be on display (Hart Hall) 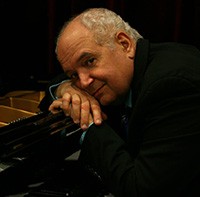 Michael D. Mortilla
Michael D. Mortilla has made composing his full-time career since 1976.  He was faculty at the UC Santa Barbara for 14 years as Resident Composer/Sound Designer for Theater & Dance, as well as Principal Musician/Lecturer.  Mr. Mortilla is an occasional guest lecturer at CalArts.  His work is performed under commissions from the Library of Congress, Academy of Motion Picture Arts & Sciences, Chicago Symphony Orchestra, TCM, Olympic Games Arts Festival, National Film Preservation Foundation, PBS, NPR, Catalina Island Museum, and many others. His score for Chaplin’s The Rink accompanied the world’s first Internet broadcast of a full-length film with sound (1997) in association with AFI and Film Preservation Associates. Michael will be providing live musical accompaniment to The Black Pirate screening as part of the Pickford-Fairbanks Valentine’s Day dinner at Hart Hall on Friday, Feb. 14th. 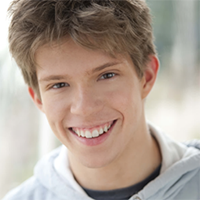 Andy Gladbach
Andy Gladbach is a composer, filmmaker, and pianist originally from Oconomowoc, Wisconsin. Andy frequently serves as an accompanist for musical theater, opera, and cabaret productions.  His work in film includes short narrative and documentary films as well as web series. He also collaborated on a score for the 1915 Mary Pickford film Fanchon the Cricket with rock musician Julian Ducatenzeiler of the band Mystic Braves, and is currently at work on a score for Mary Pickford’s 1927 film My Best Girl.
Andy will be performing his own original score for the Little Annie Rooney screening at 2 pm on Saturday, Feb. 15th. 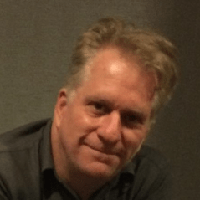 Scott Lasky
Scott Lasky is a composer of concert and film music and a native of Los Angeles where he has been active as a professional musician, composer, and orchestrator for over 35 years.  He has written numerous symphonic, chamber, and solo works that have been performed both locally and internationally. For many years Scott has been an avid collector of early film music. In 2014 he joined together with several fellow film and music enthusiasts to form Famous Players Orchestra in order to further the public’s awareness of historic silent era orchestral movie theater music. Scott will be performing his own original score for The Mark of Zorro live during the film’s screening at 2 pm on Sunday, Feb. 16th. 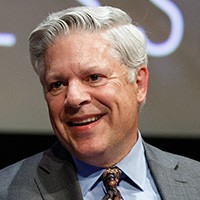 David Pierce
David Pierce is the Assistant Chief and Chief Operations Officer for the National Audio-Visual Center at the Library of Congress, responsible for the national collection of film, video and recorded sound.  He is the author of The Survival of American Silent Feature Films:  1912-1929, published in 2013 for the National Film Preservation Board, and he is the co-author (with James Layton) of The Dawn of Technicolor (2015) and King of Jazz: Paul Whiteman’s Technicolor Revue (2016).  Before joining the Library of Congress, Mr. Pierce founded the Media History Digital Library to provide free online access to classic film magazines. For more information go to http://davidpiercefilm.com. David will be speaking about Douglas Fairbanks’ use of Technicolor in The Black Pirate prior to the film’s screening as part of the Pickford Fairbanks Valentine’s Day dinner on Friday, Feb. 14th. 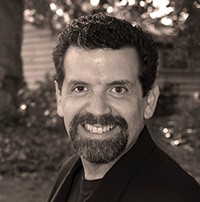 Stan Taffel
Stan Taffel is not only a three-time Emmy Award-winning actor but also a motion picture and television archivist/historian. He is the President of the Cinecon Classic Film Festival, the nation’s longest-running motion picture festival, held annually on Labor Day weekend in Hollywood. His person film archive is utilized by many institutions, festivals, documentaries, and retrospectives. Stan has supervised and participated in the restoration and preservation of countless films and television programs in addition to providing commentaries for DVD and Blu Ray releases. He also serves on the Board of Directors for the Hollywood Heritage Museum. Stan will be speaking at 1 pm on Sunday, Feb. 16th about the challenges and adventures in collecting and preserving film, immediately before the 2 pm screening of The Mark of Zorro on Sunday, Feb. 16th. 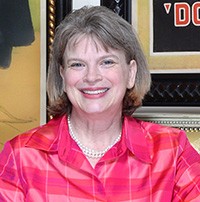 Tracey Goessel
Although both a physician and an entrepreneur, Tracey Goessel’s true passion is silent film history. In 2015 she published The First King of Hollywood, a biography of Douglas Fairbanks, Sr., dubbed by The New York Times to be “a buoyant handspring of a book...and one of the most delightful Hollywood biographies to slide down the mast in years.”  In addition, she founded the nonprofit Film Preservation Society (FPS), which has recovered and restored several silent films formerly thought to be lost or unavailable for viewing, including Fairbanks’ Mr. Fixit, The Good Bad Man, and The Halfbreed. FPS funded the software that enables the Library of Congress to scan original paper prints of silent films from the first decade of the 1900s, and currently, the goal is to restore all 485 D.W. Griffith Biograph films that were made between 1908 and 1913. Tracey will be speaking about the dynamic of the Pickford-Fairbanks marriage at 1 pm on Saturday, Feb. 15th, prior to the 2 pm screening of Little Annie Rooney. 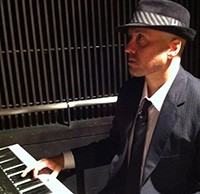 Cliff Retallick
When you think of silent film music in Los Angeles, one name comes to mind, Cliff Retallick. As resident accompanist for many Los Angeles venues, including the UCLA Archive of Film and Television, the American Cinematheque, the Silent Movie Theatre, and Retroformat, Cliff has played for audiences of all ages and backgrounds.  Cliff has had a long career in the music industry, and has arranged and played on tracks for Alice Cooper, Cat Stevens, Smokey Robinson, Wanda Jackson, Billy Joel, Kiss, Sammy Hagar, Toots Hibbert, Sly and Robbie, Ann and Nancy Wilson of Heart, Garth Brooks, Dion, and many others. Cliff will be providing live musical accompaniment for late-night screenings of the horror masterpieces, The Cabinet of Dr. Caligari and The Golem at the MAIN on Friday, Feb 14th. 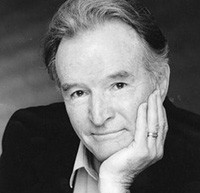 William Wellman, Jr.
William Wellman Jr. has enjoyed a six-decade-long acting career, appearing in over 75 films and television shows. The son of legendary director William “Wild Bill” Wellman, he has written two books about his father: “Wild Bill Wellman: Hollywood Rebel” and “The Man and His Wings,” and even played him on screen in 1958’s Lafayette Escadrille. Wellman is also the creator of the documentary Wild Bill: Hollywood Maverick, which he will show in-part on Saturday evening at the Newhall Family Theater before the screening of his father’s epic silent feature Wings.

Getting to the festival

Thanks to our partners

This event is produced in partnership with the City of Santa Clarita with support from the Los Angeles County Department of Parks and Recreation.